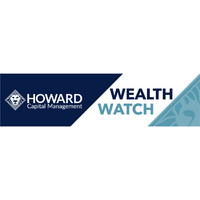 The markets and the news have gotten so bad that it might actually be good. Confidence has dropped to about as bad as I have seen it in over 35 years. I was taken aback by Treasury Secretary Janet Yellen’s admission “Well, look, I think I was wrong then about the path that inflation would take,” Yellen answered. “As I mentioned, there have been unanticipated and large shocks to the economy that have boosted energy and food prices, and supply bottlenecks that have affected our economy badly, that I at the time didn’t fully understand. But we recognize that now.” I appreciate her candor but anyone reading the Wall Street Journal or Investor Business Daily could see there was a real problem with inflation starting as far back as last year. Her latest hypothesis that we will not fall into a recession is not very inspiring.

The Reuters/University of Michigan Consumer Sentiment Index plunged 8.2 points in the preliminary June survey to 50.2, a record low, and far below the consensus of 59.0. It was the fifth decline in the past six months, as the sticker shock of higher gasoline and food prices continued to depress consumers. The assessment of current conditions dropped to its lowest level since May 1975, while consumer expectations were the worst since May 1980.

Friday’s report that the May Consumer Price Index gained 8.6% from the previous year was the highest inflation rate in more than forty years and pushed stock prices sharply lower for the day and week. Going into the report, expectations were for a slight dip in year-over-year inflation. As a result, Friday’s report apparently took stock and bond markets by surprise. The end result was sharply lower stock prices and a big jump in interest rates. As far as stocks are concerned, the recent rebound appears to have ended with a test of last month’s low now likely.

Core CPI, which excludes food and energy, rose a smaller 0.6%, but also exceeded the consensus of 0.5%. It was the biggest gain in nearly a year. Almost all core CPI components increased from the month before, as price pressures remained broad-based. Notably, shelter soared 0.6%, the most since January 1991. Airline fares jumped 12.6%, its third consecutive month of double-digit gains, as demand for travel increased, as did fuel and other costs. Used car and truck prices rose 1.8%, up for the first time in four months, while new vehicle prices rose 1.0% and have increased by at least that amount in nine of the past 13 months. The persistence of vehicle price growth reflects continued shortages and bottlenecks in this sector that emerged during the pandemic and have showed little improvement, as vehicle inventories continue to hover near historic lows relative to demand.